What is a Solar Inverter?

Solar inverters are an important component of a solar power system. Solar panels receive the solar energy from the sun and convert the solar energy to Direct Current (DC) electricity. A solar inverter converts DC to Alternating Current (AC) electricity which can power appliances and lights. It is the heart of the solar power set up and it is critical to choose a reliable and efficient inverter to get the best out of your system.

Direct Current has a fixed current or voltage and the current flow in one direction. DC is used to charge batteries - for example, laptops and cell phones have a battery that gets charged with an AC adapter. The battery stores the charge in In Alternating Current (AC), the current oscillates and changes direction periodically, as the current changes direction, the voltage also changes.

Functions of a Solar Inverter

The electricity produced by the inverter can be used in your home to operate your appliances and the unused electricity can be fed into the grid or stored in a home battery storage.

In addition to this, a solar inverter can also monitor the solar power system.

Smart inverters can switch to standby mode in case of voltage disturbances as they have 2-way communication with the grid. Being autonomous they can increase the safety, reliability, and security of the overall system.

Solar inverters display the power output of the solar system and error codes for easy troubleshooting. Brands like SolarEdge offer a smartphone monitoring system wherein you can track your energy savings and power production on your smartphone.

Before you finalise an inverter, make sure it is approved by the Clean Energy Council and Australian Standards AS4777.

Check the Clean Energy Council’s product list and the reviews of the company. Do not buy a product that is a lot cheaper than the rest and from an unknown brand. The cheap products cannot last for 15-20 years and won’t be able to endure the harsh Australian climate. Lastly, compare the warranty offered by different brands.

What should be the capacity of the solar inverter?

The capacity of an inverter is critical for the performance of your system. They receive the input from the panels and convert the DC electricity into AC electricity. The power input from the panels varies which impacts the output of the inverter. As such, the inverter cannot be 100% efficient and the total power output is lesser than expected. The system losses - wiring, inverter, DC power by solar panels contribute to the power loss. So if your inverter is rated at 5kW, the actual output might be around 4kW.

Your solar installer may undersize the inverter if they determine the sunlight on the panels will be lower than expected because of the location, climate, or orientation of the panels. This is a common practice in Australia and it is done by accredited solar installers who are familiar with the best practices.

The best advice is to install a solar PV system capable of meeting your energy demands, choosing Tier 1 manufacturers and reliable installers.

Oversized inverters are not recommended. Your current solar panels might not be available in the future or your inverter may not be able to accommodate the new panels. However, multi string inverters can overcome this problem.

The most popular and reliable brands of solar inverters include:

At Powerix, our solar installers are CEC accredited and we will design your solar PV system keeping in mind the location, climate and other factors. We supply solar inverters and panels from the leading brands.

For the very best solar technicians in Sydney, contact our team on 0420 798 861 or complete our solar booking form today. 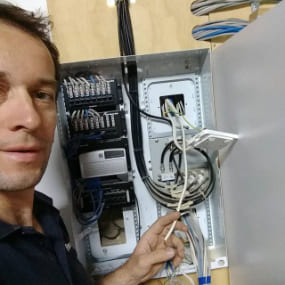 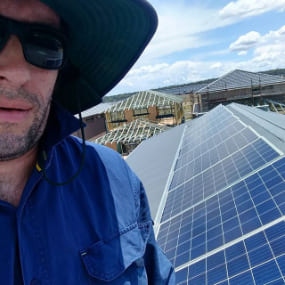 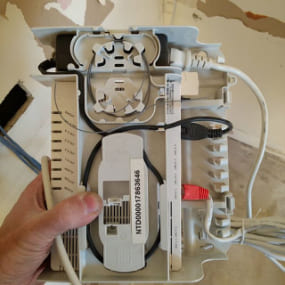